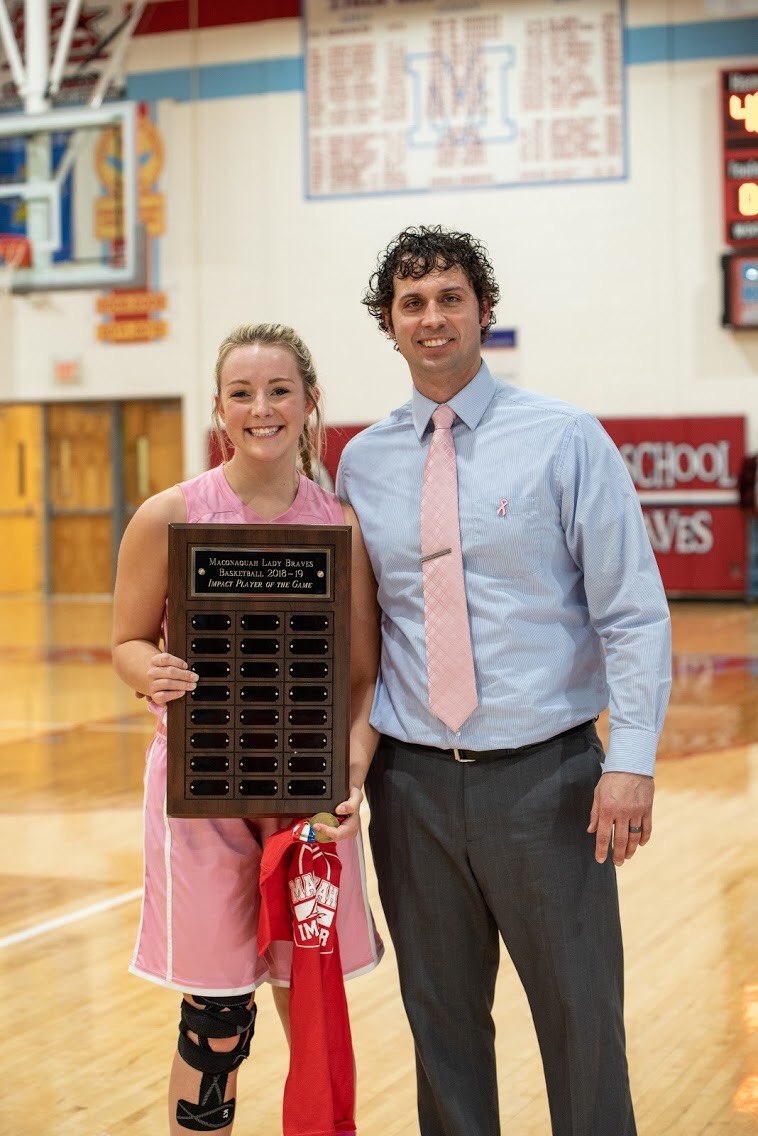 The Lady Braves finished the regular season 9-12 and 4-5 in the Conference with the win against Whitko. On a snowy Senior Night a large and supportive crowd were treated to a close game with several lead changes. After Mac led by 2 after 1 quarter, Whitko used a slow down game to take a 2 point lead at the half. Early in the 3rd a fantastic Monica Moore block/rebound was followed by a end to end Lilly Maple layup, which was followed by a Maple to Josie Pyke layup and a lead that was never relinquished. Pyke got the start on Senior Night but saved her 6 points and clutch rebound for the second half. Senior Ashley Jess also had a great game with 6 points, 3 rebounds, 4 assists, and a steal. Lilly Maple was the Fewell Homes Impact Player Of The Game with 21 points, 5 rebounds, 2 assists, and 4 steals. Also scoring were Mckenna Wilson with 7 and a career-high 6 assists, Alex Merritt with 6 and 6 rebounds, and Tara Wagoner with 2 and an assist. Moore finished with 10 rebounds, 3 steals, and the block. Next up for the Lady Braves is the Sectional rematch @ Frankfort, Tuesday with the tip at 6 pm.