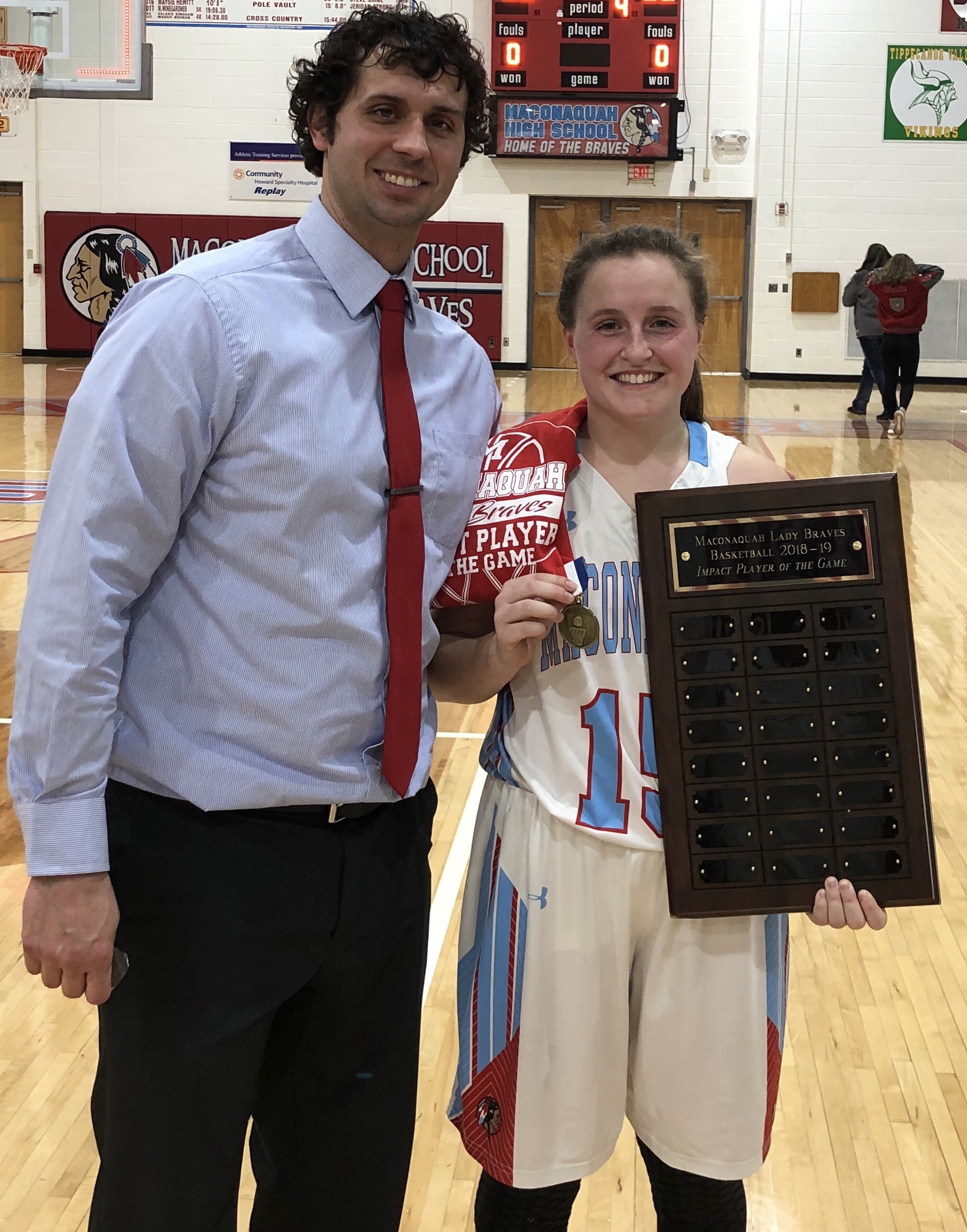 Maconaquah won in Varsity Basketball against Southwood for the first time since moving to the TRC, and the Lady Braves beat the Lady Knights for the first time since 2010. Lilly Maple scored 9 of her game-high 24 points in the 4th quarter, including a key 3 point play after Southwood had taken the lead 27-25 with 6:43 left. Southwood’s other lead was after a 4-0 start to the game, which the Braves had countered with a 15-4 run to end the first quarter. Mckenna Wilson earned the Fewell and Co Impact Player of The Game Award with gritty plays on both ends of the court. She finished with 4 points, 2 rebounds, 4 assists, 3 steals, and took 2 charges. Other scorers for Mac were Alex Merritt with 4, and Ashley Jess and Monica Moore with 2. Maple also had a career-high 12 rebounds and 5 steals. Next game is scheduled for Saturday, 12 pm @ Taylor.