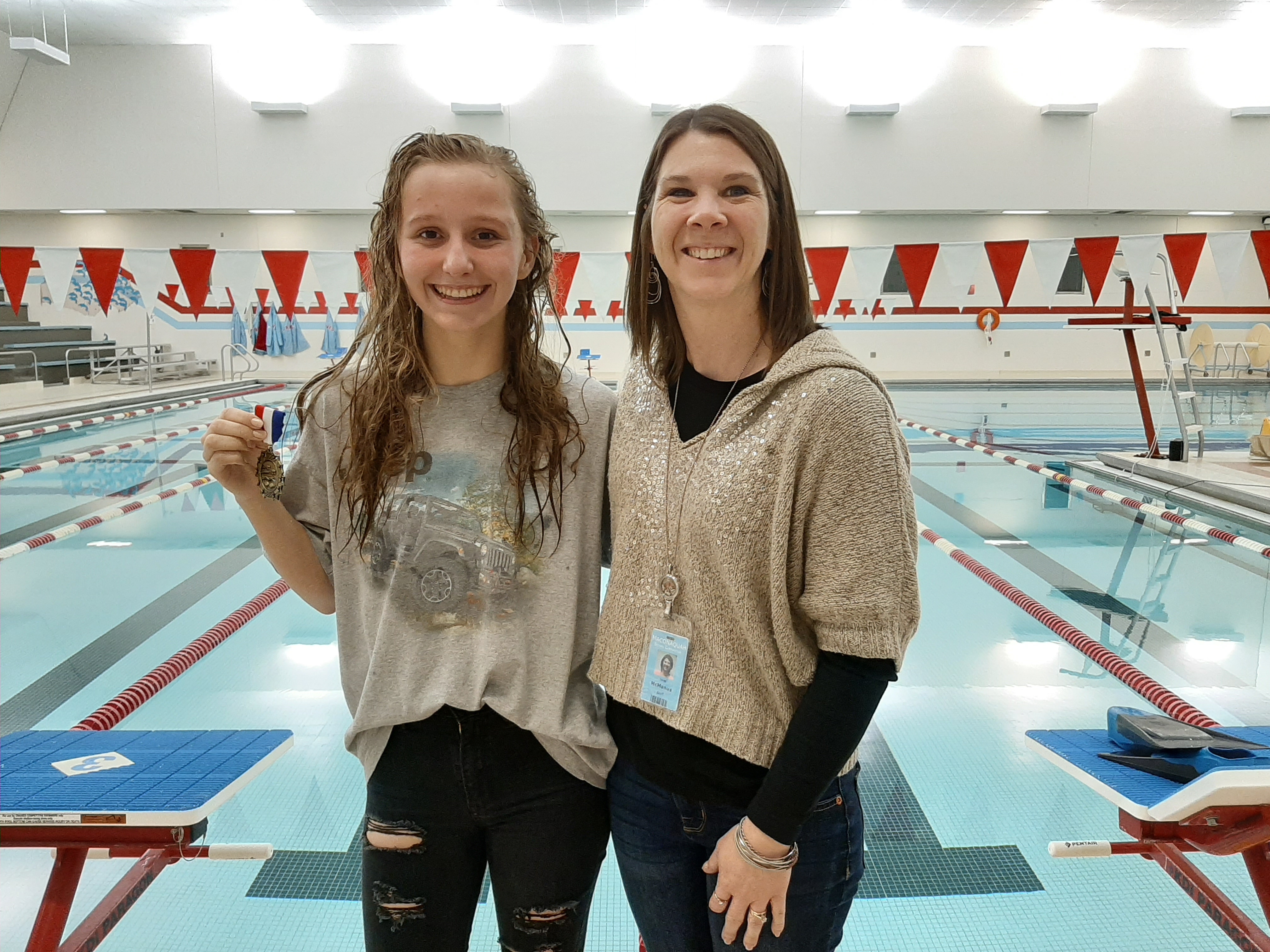 What a fun meet! The girls did an amazing job today for our first showing at Twin Lakes! They won 9 out of 12 races, placing 2nd in 3. The 200 medley relay started things out with a team of Shrock, Johnston, Baber, and Anna Borden where the girls took first. The next relay was the 800 free relay where each girl swam a 200 free. Hannah Montgomery, Riley Jones, Annie Isenburg, and Alaina Simmons took first. Our third race was the 400 IM in which the girls placed 2nd, that team consisted of Johnston, Montgomery, Shrock, and Baber. The 200 free relay was very familiar with the team of Teegardin, Sebastian, Riley Jones, and Anna Borden. The divers had a relay today where Brooke Borden and Lilly Pohlman dove three dives each to win that event. Rachel Little, Baber, Shrock, and Simmons placed 1st in the 200 butterfly relay. In the 400 free relay, the team of Teegardin, Nethercutt, Sebastian, and Riley Jones placed 1st. The 500 cresendo relay was next where each swimmer gradually increases their yardage by 50 yards. Rachel Little swam a 50 free, Anna Borden swam the 100 free leg, Erika Baber swam a 150, and Alaina Simmons swam a 200 for the win. The 300 Pyramid relay had 6 swimmers competing in it: Annie Isenburg swam a 25, Lili Nethercutt swam a 50, Janet Johnston swam a 75 followed by Kaylinn Teegardin swimming another 75. Hannah Montgomery swam a 50 followed by Rachel Little with a 25 to end that race with a win as well. In the 200 backstroke the girls placed 2nd behind Twin Lakes. Abby Shrock, Nevie Sebastian, Annie Isenburg, and Alaina Simmons were less than a second behind Twin Lakes to earn their placing. 200 breaststroke was also right behind Twin Lakes with the team of Brooke Borden, Abby Heath, Riley Jones, and Janet Johnston. The final relay of the day was the 500 sprint relay. Five swimmers had to swim a 25, 4 times to complete a 500. That team consisted of Anna Borden, Kaylinn Teegardin, Lili Nethercutt, Rachel Little, and Nevie Sebastian where they placed 1st.
The Golden Goggle went to Nevie Sebastian for have 2 out of 4 best times. Nevie has been working very hard this season and it shows time and time again. I appreciate her hard work and dedication!